Initiated in 2016, the 1000 euro Annual JASP Contributor Award recognizes the awardee’s expertise and selfless devotion to the development of JASP. 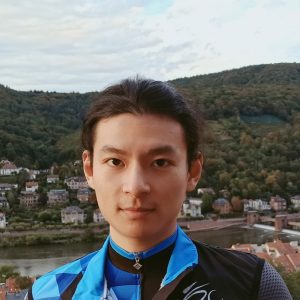 Jiashun Wang contributed key functionality to the Learn Bayes module. Specifically, Jiashun added several ways to analyze the “problem of points”, the scenario that gave birth to probability theory. Later Jiashun also added “Buffon’s needle”, which allows a Bayesian estimation of π based on throws of a needle.

Dana Sleiffer (left), Karel Veldkamp (middle), and Nathalie Ribbers (right) translated most of JASP (GUI, output, and help files) in Dutch. For teaching purposes, it is essential to have JASP available in languages other than English. The translation to Dutch constitutes a small step toward the end goal of making JASP truly international. 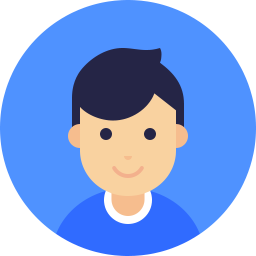 Kevin Godby is a LaTeX wizard who assisted the JASP team in its struggles to adjust the “Tufte style file”. Ultimately, Kevin’s work meant that the Tufte style file could be used for JASP-related teaching materials. Specifically, the documentation of the “JASP Data Library” uses the Tufte style file, and several other Tufte-style JASP books are in preparation.

Tim deserves this award for many reasons. Not only is he responsible for countless amazing contributions to the JASP project, but he also brings a huge load of optimism to the office. In the past, several members of the team have told tales of how Tim walked in and suddenly bright sunlight was coming through the window (for the people that have never been to Amsterdam, this normally happens quite rarely). Others tell stories of how, when confronted with a seemingly unsolvable issue, they would turn to Tim, who would listen carefully while slowly starting to put on an enormous smile. Curiously, this seems to have a deeply calming effect on everyone who asks him a question. People just turn back to their problem, usually solving it within the next few minutes. Tim is the father of several JASP functions we hold very dearly and of a large portion of the good mood in our office. This is why we want to show our gratitude by presenting him this award. 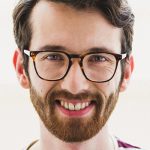 Erik-Jan is not only a namesake of the founder of JASP, but he also adds tons of value to the JASP project. We often get asked where we keep the team of non-stop working analytical geniuses that is responsible for the implementation of great JASP features such as the descriptive analyses, the logistic regression, multinomial analysis and the ability to save graphs. Let us give an answer right here: that “team” is called Erik-Jan and he’s actually just one person. Don’t ask us how he does it, but somehow he manages to do all these things whilst also bringing an incredible amount of realism and enthusiasm to the JASP project. We don’t know where JASP would be today without Erik-Jan, and therefore he more than deserves this award. 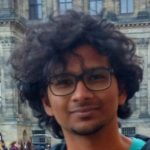 Akash is a grand wizard of programming who moves in miraculous ways. He arrived a cold and rainy Monday morning in the JASP office in Amsterdam, sat down at a free desk and started to work his magic. After a moment of confusion, jaws began to drop when the team saw what Akash was capable of doing on the keyboard. It was unlike anything we had ever seen before. Ever since that day, Akash never left the office, continuously pushing the JASP project into formerly unknown spheres and teaching everyone around him the parts of his work that can technically also be done by normal humans. Thanks to him, JASP is able to progress at a faster rate than otherwise imaginable. That is why we have an intern standing next to Akash’s desk at all times, waving fresh air to him with a huge palm leaf and preparing tea for the master. And that is also why we give him this very special award.