There are multiple statistical tests concerning a single parameter of interest such as t-test or a binomial test of proportions. Those tests can be performed with summary statistics that completely describe the observed data. In this new analysis, we extend the “Summary Statistics” module with a “General Bayesian Tests” analysis that allows us to evaluate the evidence in favor of or against a hypothesis for multiple different likelihoods and prior distribution specifications.

We reanalyze results from a study suggesting that emotional words are remembered better than neutral words. Grider and Malmberg (2008) presented results of several paired t-tests, one of them on the difference in accuracy between neutral and positive words, d = 0.25, t(79) = 2.24, p < 0.05.

We can quantify the statistical evidence with the help of the General Bayesian Tests analysis which is based on the methodology developed and promoted by Zoltan Dienes (e.g., Dienes 2014; Dienes & Mclatchie, 2018) that was recently added to the Summary Statistics module. General Bayesian Tests allow us to specify different likelihoods for the observed data. We choose the Non-central d and set the observed effect size to d = 0.25 and sample size n = 80. 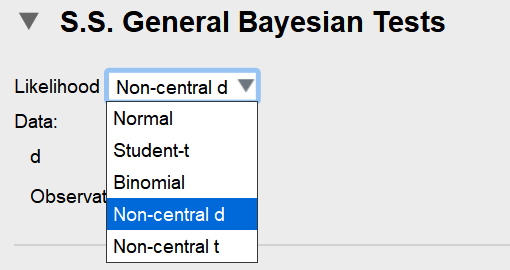 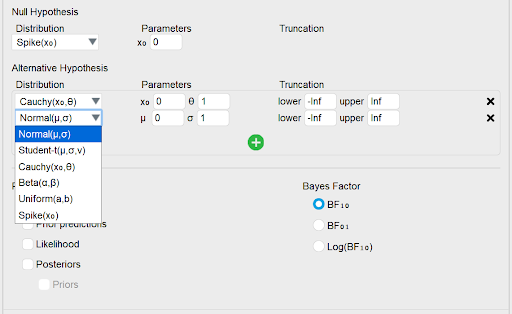 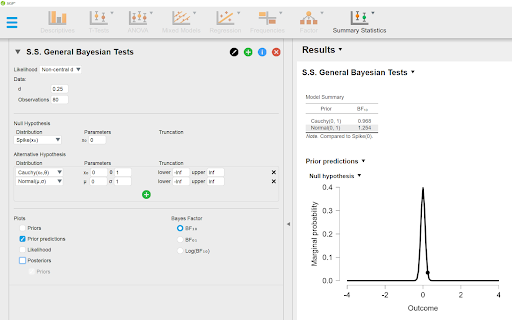 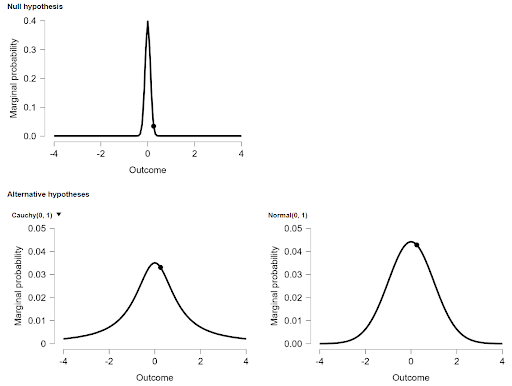 Lincoln is a lecturer in the School of Psychology at the University of Sussex, where he teaches research methods and statistics.