The analyses in this blog post are based on an example from Bartoš et al. (2021). 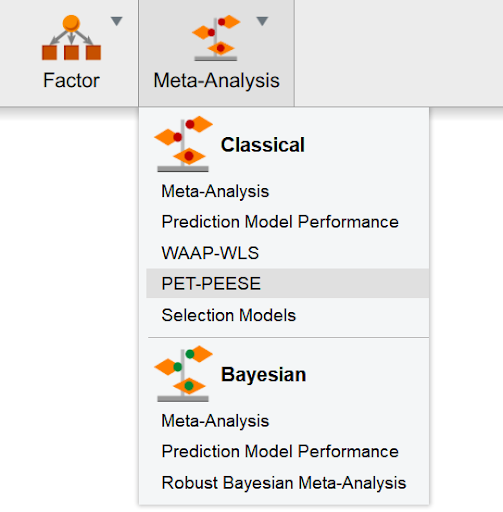 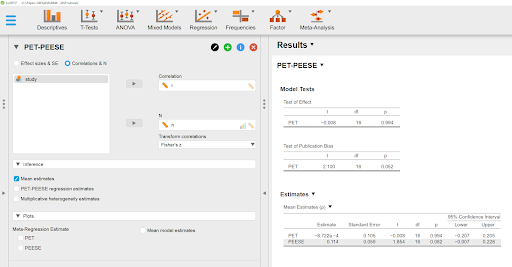 To adjust for publication bias with PET-PEESE, we switch the data input to Correlations & N and pass appropriate dataset columns to the Correlation and N variable forms.

The first output we see is the Model Tests output section with the Test of Effect and the Test of Publication Bias tables. Both tables are based on the PET model which is correctly specified under the absence of the effect. As we can see, the test for the presence of the effect under PET is not statistically significant; therefore, we interpret the mean effect size estimate based on PET, ⍴ = 0.000, 95% CI [-0.207, 0.205], from the Mean Estimates table in the Estimates output section. We would have interpreted the effect size estimate based on PEESE if we rejected the hypothesis of no effect at 𝛼 = 0.10 (Stanley & Doucouliagos, 2014; Stanley, 2017). 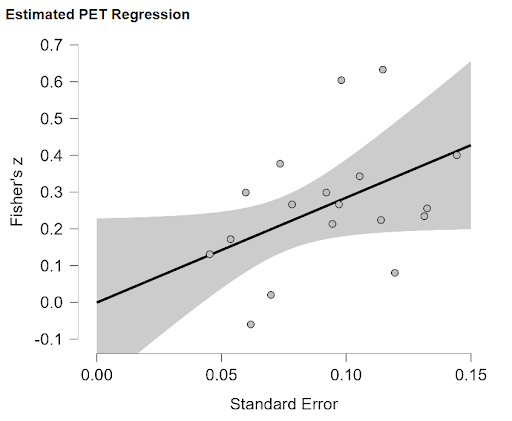