This year’s International Meeting of the Psychometric Society took place in July, in New York. Within the JASP symposium “Psychometric analysis in JASP”, I had the chance to present the new Network Analysis module, released within the latest version of the software. The Network Analysis module, programmed by Don van Den Bergh, is based on Sacha Epskamp’s R package bootnet (Epskamp, Borsboom, & Fried, 2016). In this short blogpost I aim to showcase the functionality of the module in three short videos.

For an extensive tutorial on how to perform Network Analysis in JASP check out Don’s blog post. In addition, you can find a live tweet by EJ Wagenmakers of the entire JASP symposium here. 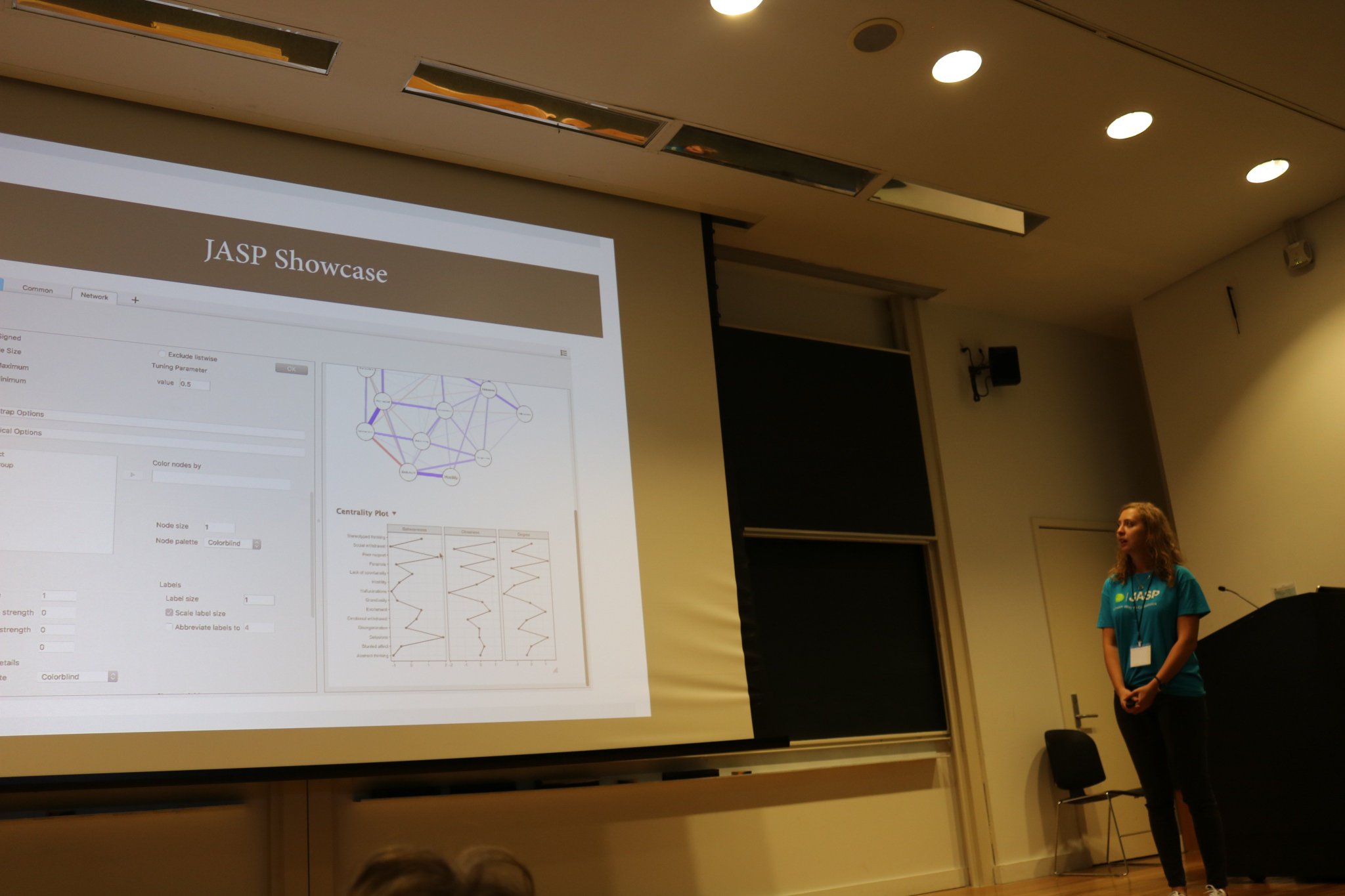 The first video below showcases the estimation of a network model, based on 14 commonly assessed symptoms in patients diagnosed with a psychotic disorder. The basic output includes the number of nodes, number of non-zero edges, as well as the degree of sparsity of the network model. The plot functionality allows for plotting the network, the centrality, and the clustering plot. Using the graphical options, it is possible to separate nodes by color, choose different color palettes, plot a legend, or change the layout of the network. Based on the data and aim of your study, different types of estimators and correlation methods can be used.

The second and third videos showcase the bootstrapping functionality of the module. Since psychological networks are estimated from data, they are subject to sampling variation – bootstrapping techniques are used to inform us about how stable a network model is.

Edge stability can be investigated using nonparametric bootstrapping (i.e., re-sampling datasets of same N with replacement), and can be carried out in JASP as showcased in the video below. This is computed by following the steps below:

The bootstrap samples can also be used to test for differences between parameters. The number of bootstraps is set to 10 in the video for fast computation, but is usually set to 1000 or higher.

Centrality stability is investigated using subset bootstrapping (i.e., sampling subsets of cases without replacement) and can be carried out in JASP as showcased in the video below. This is computed by following the steps below:

Ideally, we would want centrality to remain comparable to the original network even after dropping many cases from the dataset. The number of bootstraps is set to 10 in the video for fast computation, but is usually set to 1000 or higher.

Adela Isvoranu is a PhD candidate within the Psychological Methods Research group at the University of Amsterdam. Her research focuses on the application of network analysis to psychiatric disorders.