To obtain the title of doctor at a Dutch university, a PhD candidate has to publicly defend his or her dissertation. This comes with certain traditions that I’d to share my thoughts on. But before I do, here’s the link to 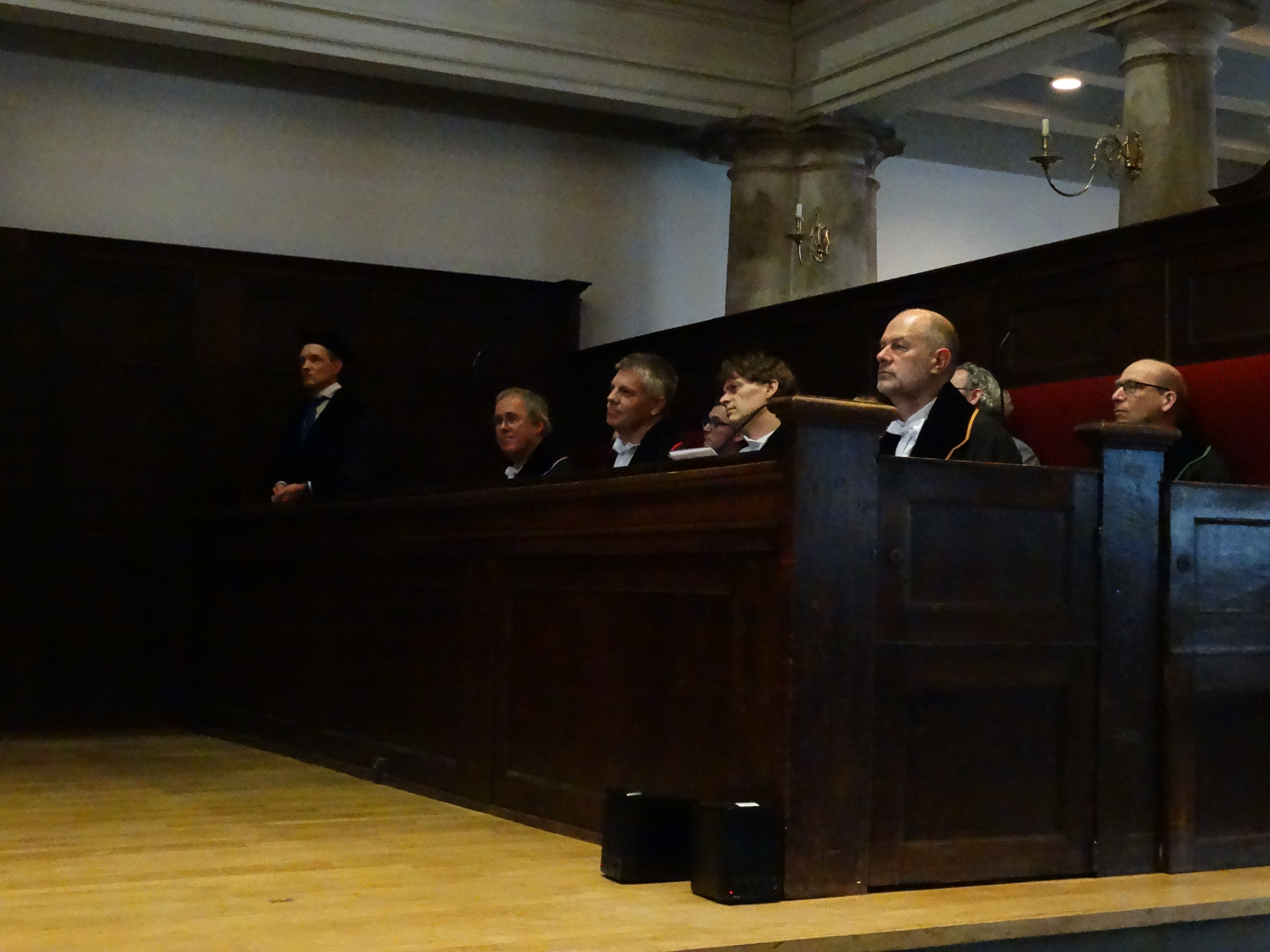 The PhD candidate (me) gets the perks of having so-called “paranymphs” (Sacha Epskamp and Dora Matzke), who are just there to be my slaves for the day. Needless to say, this was something I took full advantage of. In the olden days, paranymphs could answer questions on behalf of the PhD candidate, something that was particularly useful when the candidate did not have much knowledge about the topic at hand, but did have a lot of money to pay his paranymphs. Nowadays, paranymphs are used as eye candy, ceremonial assistants, for introducing the layman’s talk, and, most importantly, as organizers of the afterparty.

After the layman’s talk, the ceremony is guided by the so-called “beadle”, who controls when people sit or stand and brings in the committee, which in my case consisted of:

As dean of the department, Jan Henk Kamphuis represents the rector of the University of Amsterdam and chairs the defence. I had to read the “formula of defence” inviting anyone who has any doubts about the dissertation to express their concerns in a just manner. 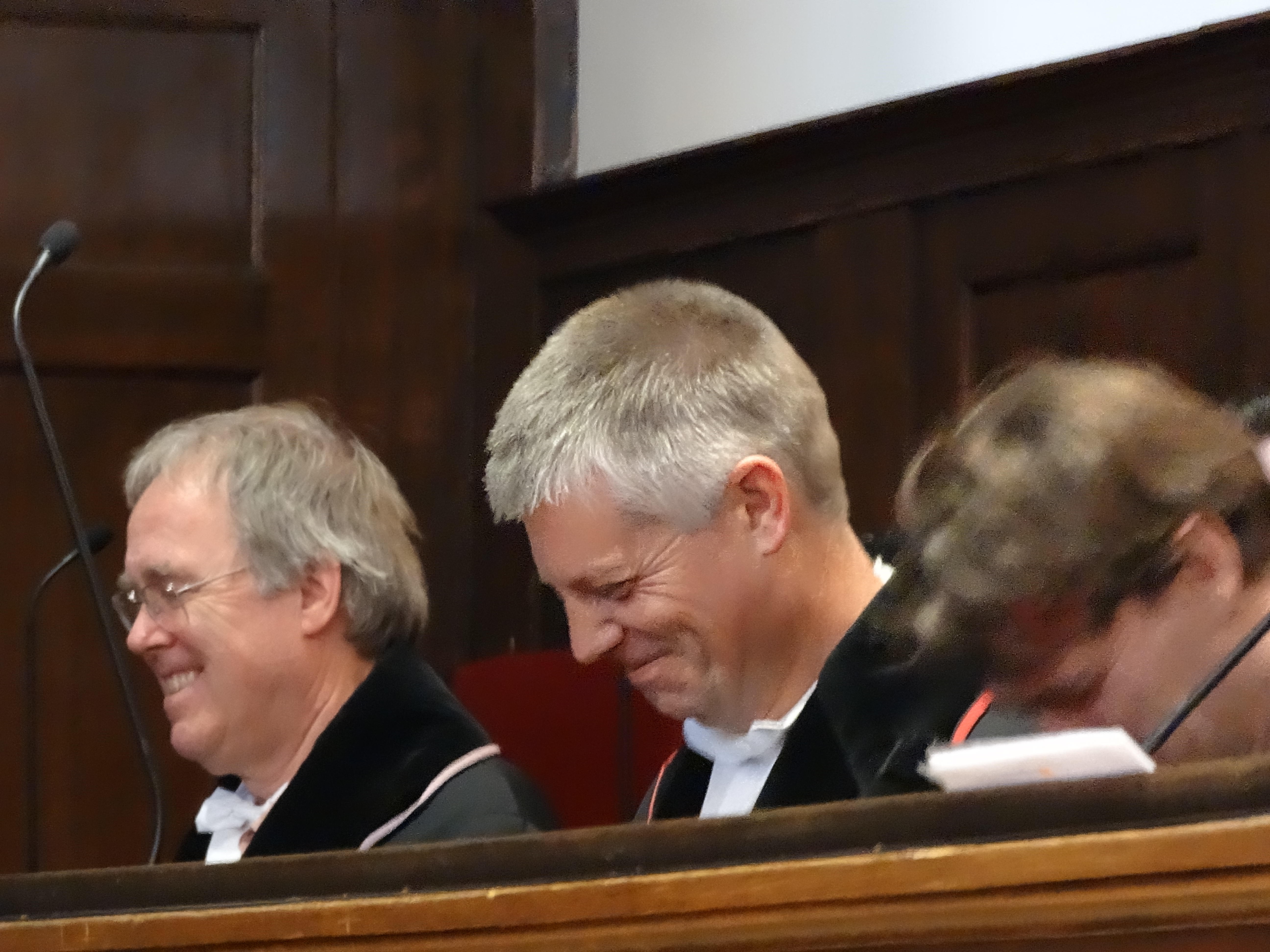 It is the beadle who decides when the defence ends by stating that it is the hour (hora est). The PhD candidate is then allowed to wrap up his or her response, but the exam committee cannot ask any further questions. Once I answered the questions, I had to read the closing formula thanking all who expressed their concerns, my promotors, and those who honoured me with their presence. The beadle then guides the exam committee to their chambers, who discuss whether the candidate is worthy of the title of doctor.

Right before we walked to the reception, I caught a glimpse of a brief smirk on the face of my evil supervisor and only then did I realize that he set me up in a pre-arranged forced marriage to science. All of a sudden the ceremonial characteristics of the defence, it being held at the Old Lutheran Church, and me being accompanied by paranymphs (basically, bridesmaids) made sense. Hence, it was I who was the slave and not my paranymphs and I can only congratulate EJ for the perfect execution of his ploy. Walking down the aisle with my close family gave me some comfort in the depressing fact that EJ had sold my soul to science. With the beadle in front of me and the professors bringing up the rear, it was made sure that I was unable to escape my fate. To ease my pain, my paranymphs organized an incredibly fun party, which was fortunately not filmed. 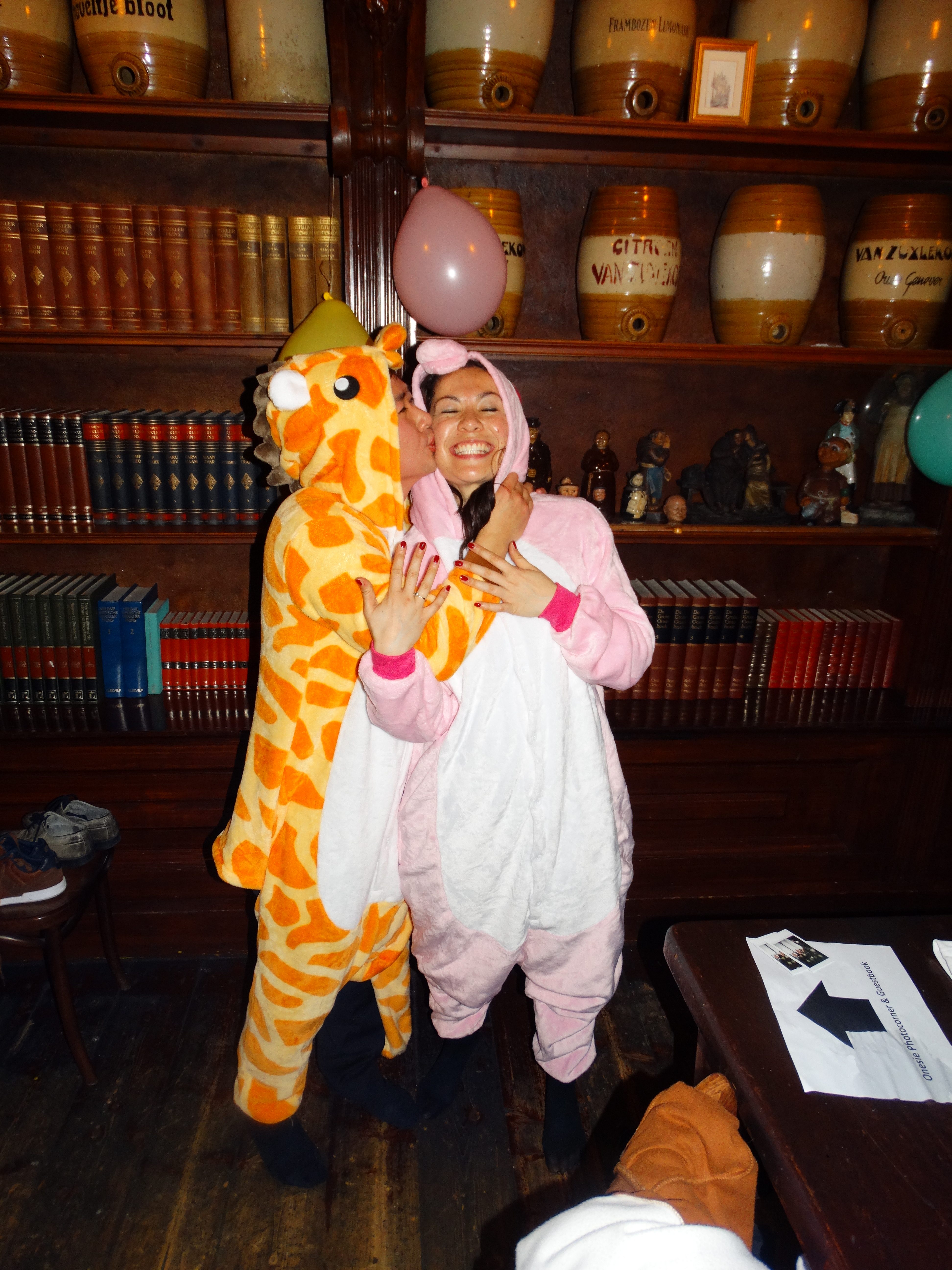 In spite of the sell out, it was a memorable and great day! Oh, I also proposed to my girlfriend 🙂

June 30 - 2022
It took a while, but finally, the frequentist Generalized Linear Model (GLM) has become available in JASP, as part of…
JASPVersion: 0.16.1