This Friday, the 19th of January, I will defend my PhD thesis titled “Bayes Factors for Research Workers” at the University of Amsterdam. You can download the dissertation from: 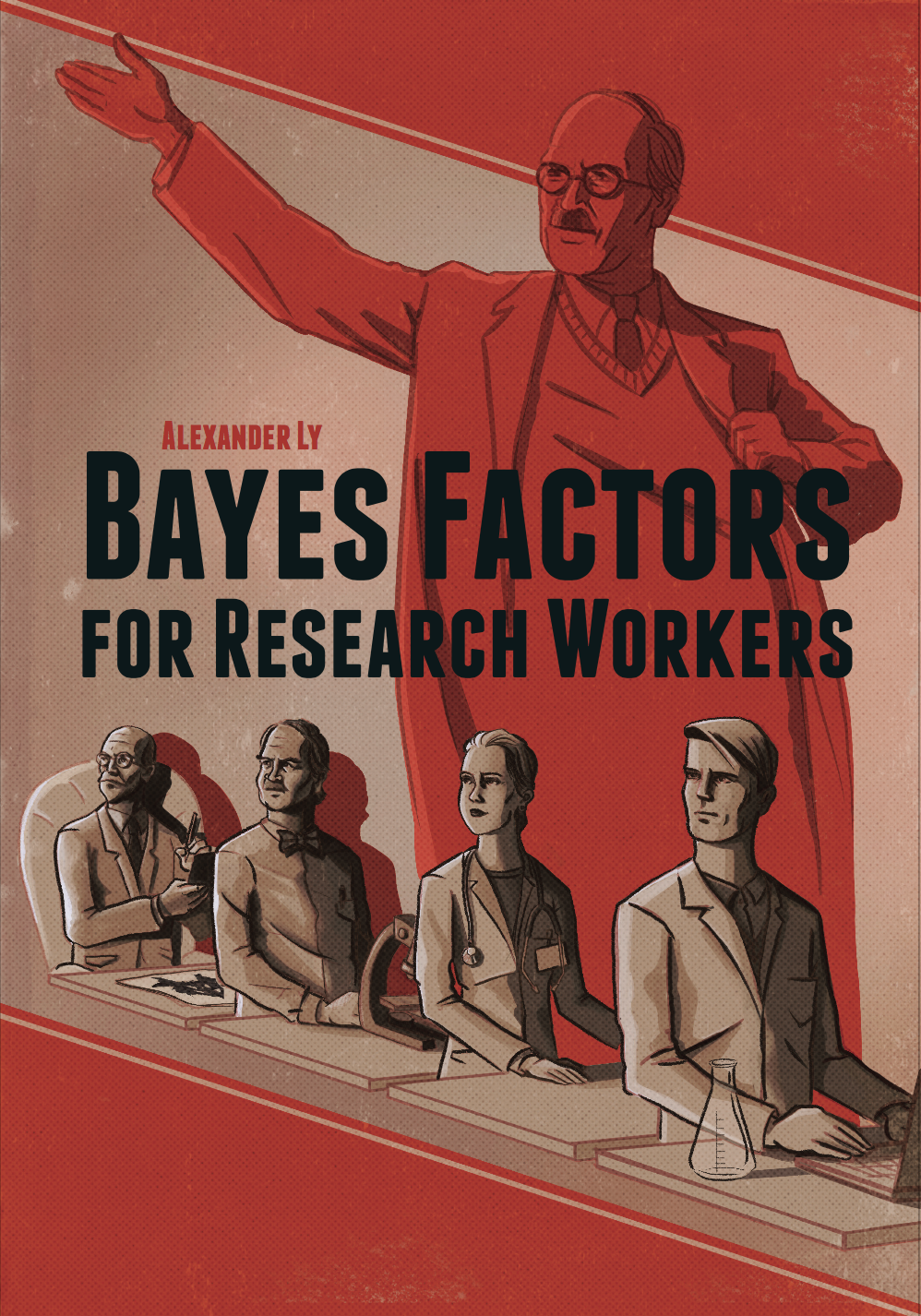 The cover is illustrated by Viktor Beekman and depicts Harold Jeffreys leading the empirical sciences forward. The title is a reference to both Ronald Fisher, who wrote the book “Statistical Methods for Research Workers”, and to Harold Jeffreys, who developed the Bayes factor methodology. These two scientists contributed to science theoretically, methodologically, as well as practically.

Hald (2007, p. 163) describes Sir Ronald Aylmer Fisher as “the genius who almost single-handedly created the foundation for modern statistical science without detailed study of his predecessors”. The creation of statistics was not a goal in itself, but a means to do research in quantitative genetics, a field that Fisher co-founded with Sewall Wright and J.B.S. Haldane. Analogously, in between discovering the internal structure of the earth and becoming Plumian Chair of Astronomy at Cambridge, geophysicist Sir Harold Jeffreys laid the philosophical as well as computational foundation for Bayes factors, which he proposed as alternatives to Fisher’s p-value tests.

Fisher’s p-value tests gained a lot of popularity and were derived and made accessible in various settings, while Jeffreys’s Bayes factors were mostly overlooked. One goal of my PhD project was to redress this imbalance by constructing Jeffreys’s Bayes factors for scenarios that are of interest for the empirical sciences. To do so, I first studied Fisher’s work in which he brilliantly gives mathematical descriptions of how one reasons from the population to the data. To learn from the data about the population, however, I turned to Jeffreys’s work.

Hence, I profited from the work of both men and I’m amazed by how easily these two geniuses not only provided both theoretical and practical contributions, but that they were also able to cross the boundaries between the sciences. Moreover, if a field of science did not exist, they just “casually” created it and provided scientific tools for young researchers to work with.

Clearly, I cannot mimic their influence and success, as I’m unable to develop a new field of science between breakfast and lunch. I did, however, find inspiration in the drive and multifaceted approach with which both men grappled with problems, which is why I tried to highlight the philosophy, the motivation behind Jeffreys’s construction of the Bayes factors, as well as its use and the mathematical derivations in my dissertation. For these Bayes factors to be accessible to empirical researchers –that is, me trying to be practical and of use to the community for once– my colleagues and I implemented them in Jeffreys’s Amazing Statistics Program, JASP.

In JASP, the procedures proposed by Jeffreys can be implemented with a few mouse clicks. For instance, the screenshot below shows the Bayesian reanalysis of the correlation between loneliness and physical warmth based on the data of Donnellan, Lucas and Cesario (2015, Attempt 1), who tried to replicate the result of Bargh and Shalev (2012). The Bayes factor indicates that the observed data are about 8 times more likely under M0 than under M1, where M0 refers to the model that assumes that the population correlation is zero, i.e., ρ = 0, while M1 is the model that allows the population to vary freely, i.e., ρ in (-1, 1). 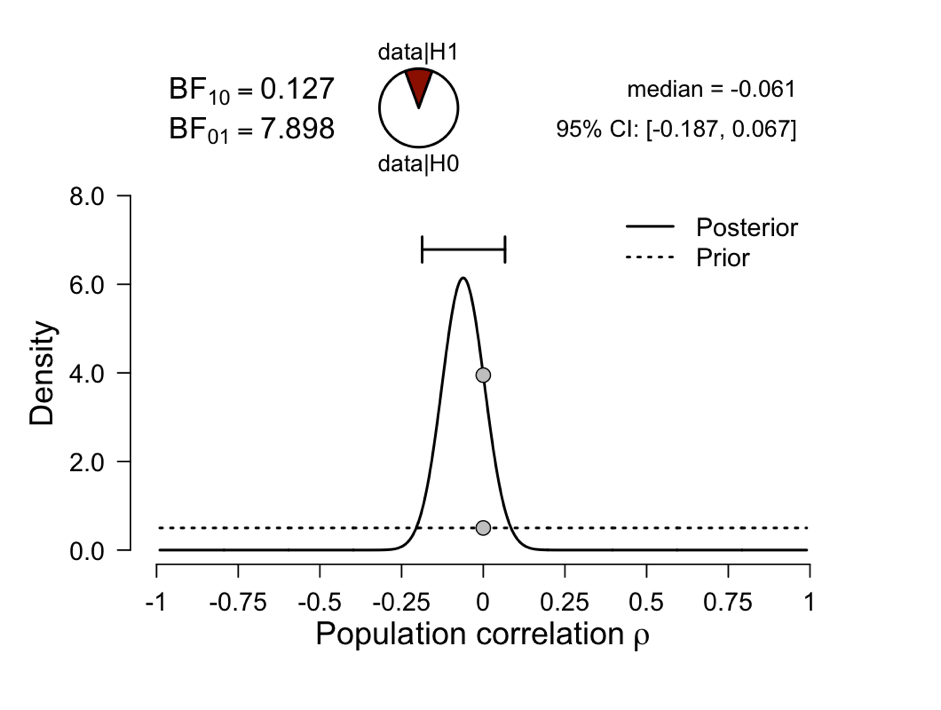 In addition, to help practitioners who’d like to adopt Bayes factors for inference, I elaborated on their interpretation and how they can be used for scientific learning.

The completion of this thesis marks the end of my time as a PhD student in EJ’s lab, but I’m fortunate enough to remain on-board as a postdoc in the hope to further help empirical scientists extract the maximal informative conclusions from their data.

December 31 - 2021
JASP has had a successful year in which it has become more user-friendly, accessible and flexible. We have released two…